With helium costs rising year on year, and costs set to continue rising, it can be difficult to complete leak tests to a high standard whilst on budget. That’s why VES have created PURE, a Helium Recovery and Purification System.

Save Helium, Save Money

Test gasses can only be diluted so far before the integrity of the test is compromised, and having to buy more helium for every test only pushes the helium shortage further and prices higher. Now more than ever, reusing helium is of paramount importance.

Historically, it has been a challenge to implement a helium recovery system retrospectively, particularly in low-pressure applications such as fuel or gas tanks. This is due to helium dilution in the test being unsustainable when recycled, or subsequent fresh helium top-up draining away any cost savings. 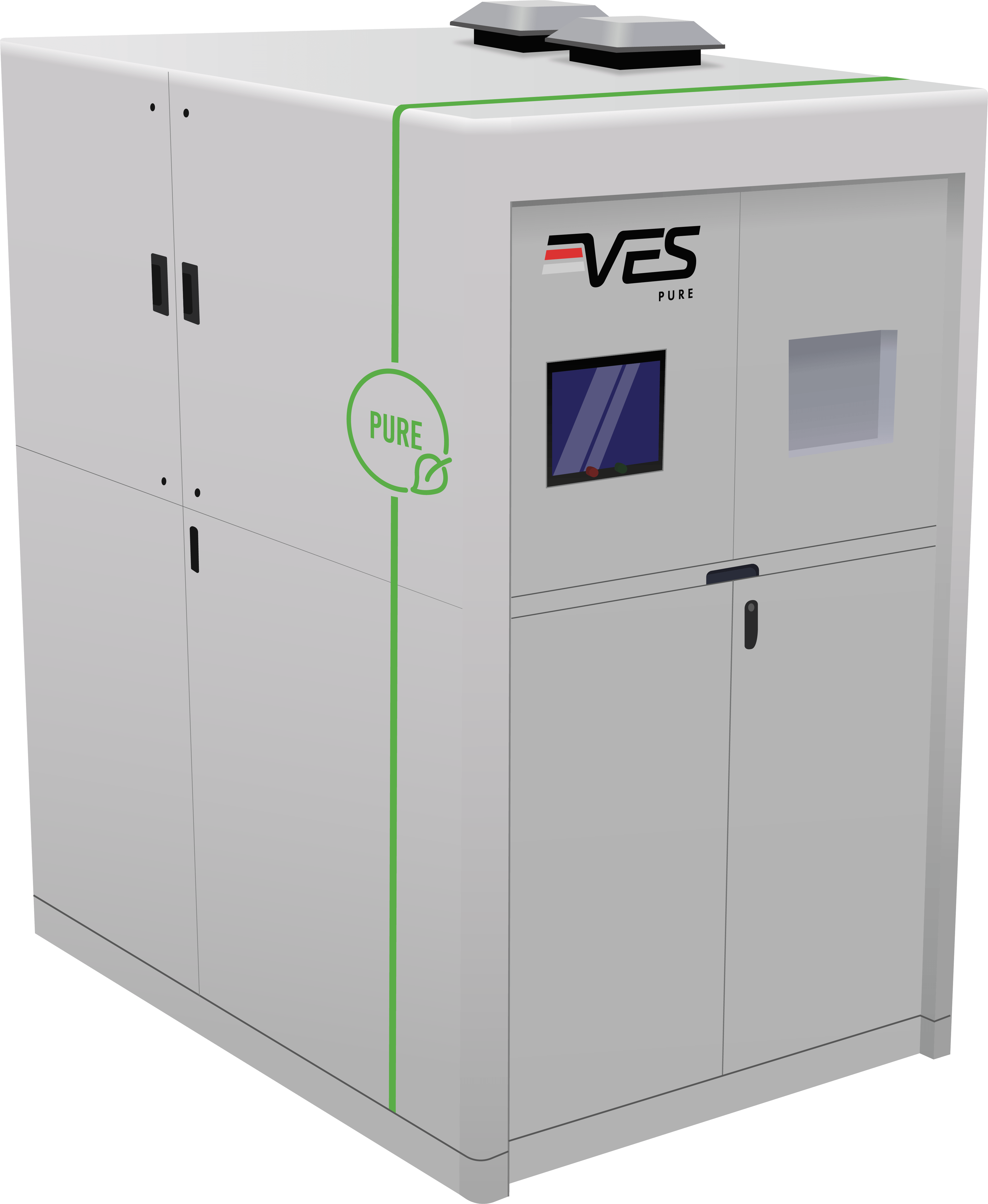 Why should you choose PURE?
Follow the link below to find out more about the PURE features.

A test on a 181-litre volume pickup truck tank. The tank was pre-evacuated to 29 mbar and injected with 120 mbar of fresh helium, resulting in a 77% helium concentration during the test. After the test, the tank was evacuated to 55 mbar and the evacuated gas exhausted from the system.

After implementing PURE, the exhausted gas was recaptured and the 77% helium mix was re-concentrated to >99%. This gas was fed back into the machine at 2 bar.

A test on a 90-litre volume car tank. The tank was pre-evacuated to 6 mbar, and 74 mbar of fresh helium was injected on top, meaning a 91% helium concentration was used during the test. Post-test, the tank was evacuated to 31 mbar and the evacuated gas exhausted from the system.

Using PURE, the exhausted gas was captured and the 91% helium mix was reconcentrated to >99% and fed back into the machine at 2 bar. Using PURE saved $0.11 per tank and demonstrated a 2.0-year return on investment to reduce the cost of helium leak testing.

From the built-in helium concentration meter to the simple HMI display, every aspect of PURE is designed to make helium recovery and purification simple, flexible, and traceable! 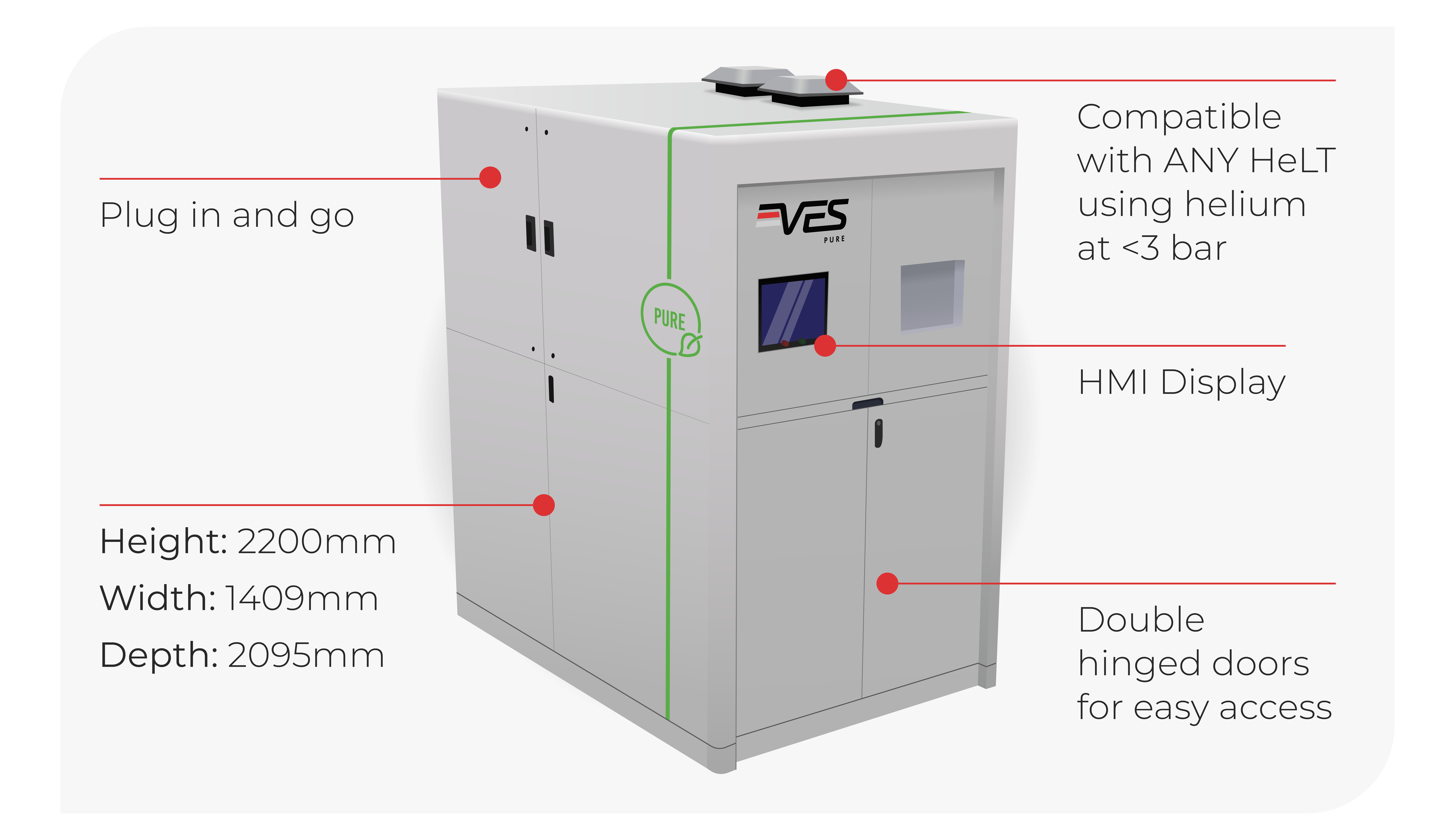 “Our expert engineers created the PURE system because we wanted our customers to get the most from their helium, especially now costs have risen, regardless of what testing machines they use.”

Want to know more about PURE helium recovery? Book a consultation with our team, or sign up below for more information. 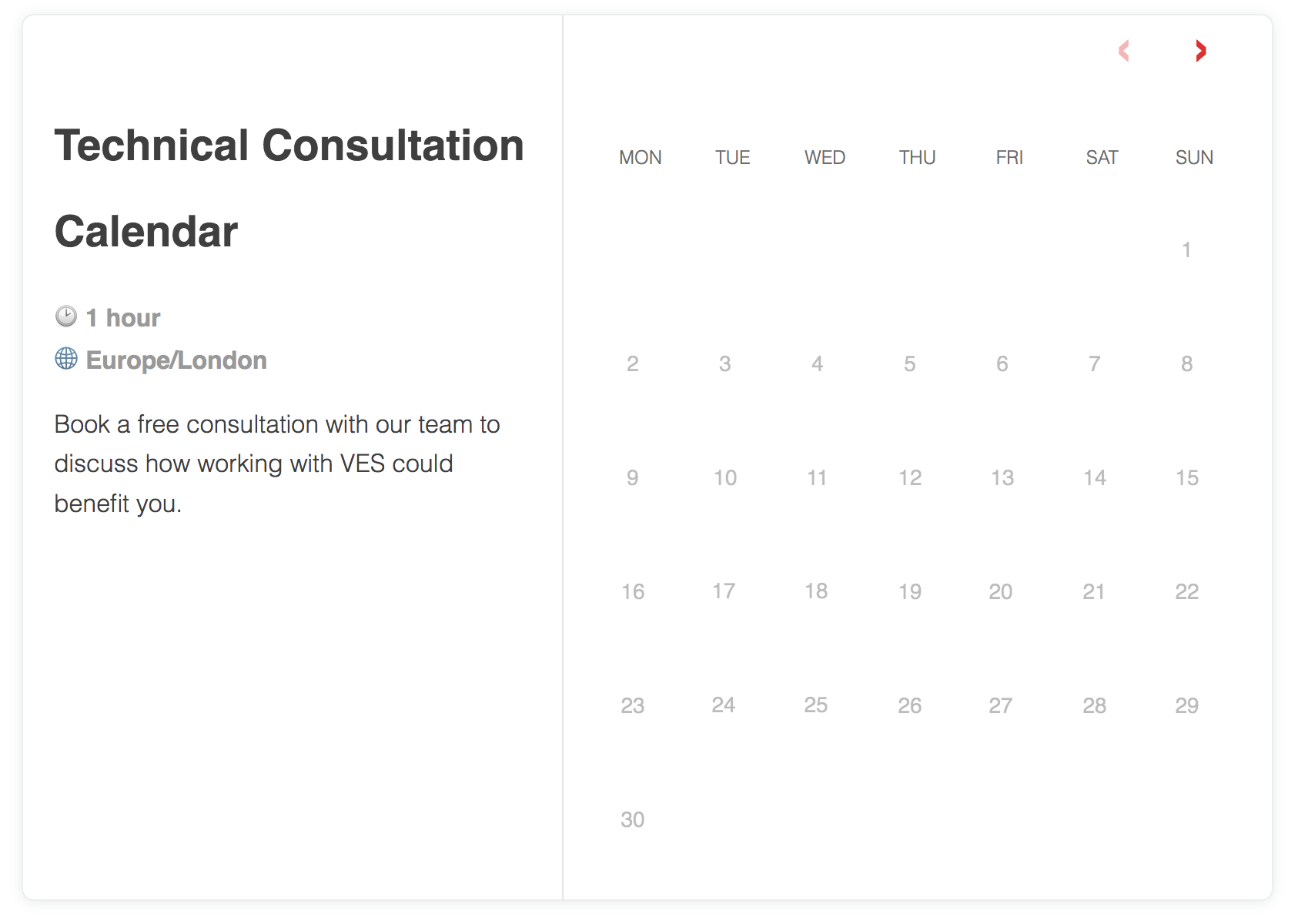 Register for the VES Newsletter

This website uses cookies to improve your experience while you navigate through the website. Out of these cookies, the cookies that are categorized as necessary are stored on your browser as they are essential for the working of basic functionalities of the website. We also use third-party cookies that help us analyze and understand how you use this website. These cookies will be stored in your browser only with your consent. You also have the option to opt-out of these cookies. But opting out of some of these cookies may have an effect on your browsing experience.
Necessary Always Enabled
Necessary cookies are absolutely essential for the website to function properly. This category only includes cookies that ensures basic functionalities and security features of the website. These cookies do not store any personal information.
Non-necessary
Any cookies that may not be particularly necessary for the website to function and is used specifically to collect user personal data via analytics, ads, other embedded contents are termed as non-necessary cookies. It is mandatory to procure user consent prior to running these cookies on your website.
SAVE & ACCEPT